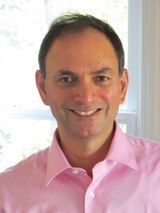 The need for creating safe electrolytes for lithium batteries is significant given the continued safety problems associated with current lithium-ion batteries.  Nonflammable polymer electrolytes offer a possible solution but the rate of lithium ion transport is too low for practical applications.  In this talk, I will discuss some of the fundamental factors that limit ion transport in polymers.  Polymer electrolytes obey Ohm’s Law, i.e. in the limit of small applied potentials, the current generated at steady state is proportional to the applied potential.  The underpinnings of this observation, which remains to be established, will be discussed.   Will we discuss both homogeneous and nanostructured polymer electrolytes.  The talk will conclude with the relevance of these material in the emerging clean energy landscape.

Nitash P. Balsara is a chemical engineer with a bachelor’s degree from the Indian Institute of Technology in Kanpur, India in 1982, a master’s degree from Clarkson University in Potsdam, New York in 1984, and a PhD from Rensselaer Polytechnic Institute in Troy, New York in 1988.    From 1989-1991, he was a post-doctoral researcher, first at the Department of Chemical Engineering and Materials Science at the University of Minnesota, and then at Exxon Research and Engineering Company in Annandale, New Jersey.  In 1992 he joined the faculty of Department of Chemical Engineering at Polytechnic University in Brooklyn, New York.  He was promoted to associate professor in 1996 and professor in 1998.  In 2000 he accepted the job that he currently holds: a joint appointment as professor of Chemical Engineering at the University of California, Berkeley, and faculty scientist at Lawrence Berkeley National Laboratory.  Along with his students and collaborators, he cofounded two battery start-ups, Seeo, Inc., and Blue Current.

Seminar sponsored by the Department of Chemical and Biomolecular Engineering