More than 80 graduate students and postdoctoral researchers gave either podium or poster presentations during the 2018 Colleges of Science and Engineering Joint Annual Meeting (COSE-JAM), held in early December in the Jordan Hall of Science galleria. 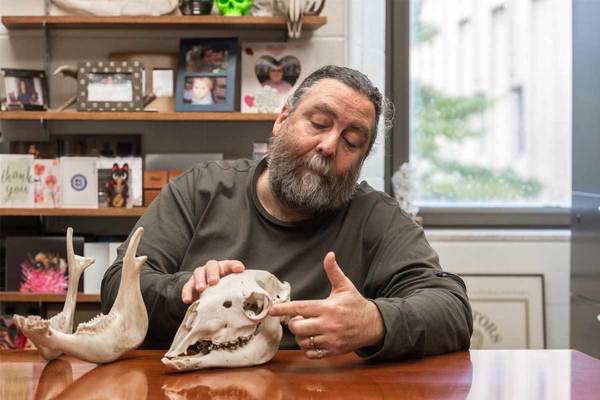 The event highlights the achievements of graduate students and postdoctoral trainees, and fosters interdisciplinary research. The increase from last year underscores the importance of the new event, Ravosa said. Topics included diverse science and engineering studies into drug resistance, physics-based deep learning, drought in Costa Rica, gut microbiome communities in macaques, and many other types of research.

“Many were providing updates on work presented the previous year,” Ravosa said of the presenters. “Talking with them confirmed the strong desire many felt about developing their presentation skills and obtaining first-hand knowledge of cutting-edge advances in other academic units.”

Susan Lad, a postdoctoral researcher in the Ravosa lab, gave a talk about the relationships between the microscopic structure of bone and mechanical forces applied to bones, as she sought to assess whether bone microstructure can help paleontologists infer behavior from the skeletons of extinct animals.

She began her program at Notre Dame about a month before the COSE-JAM event, and said it gave her an opportunity to talk with people from many different departments in one venue. She also enjoyed receiving feedback from others not in her field, a benefit she said would have been more difficult without the event. 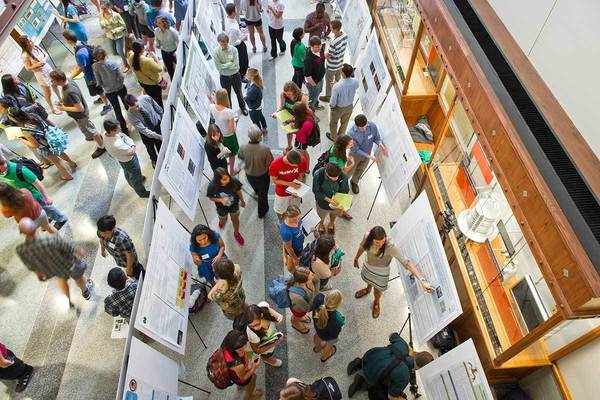 “COSE-JAM is a rare type of conference in that all the participants are all grad students and postdocs, so it’s a chance for those of us early in our careers to get practice communicating our research in a somewhat low-pressure environment,” she said. “I presented a talk and moderated a symposium, which are both things I will have to do repeatedly throughout my career at much larger conferences. So the more practice I can get early on, the better.”

“What I found to be most heartening in this regard was the considerable interactions across departments and colleges, which nicely aligns with one of the overarching goals of this event,” he said. “I was also great to witness the way the presenters rose to the challenge of conveying the importance of their research questions and methods to a highly diverse audience.”

Originally published by Deanna Csomo McCool at science.nd.edu on January 14, 2019.