At a few billionths of a meter, a nanopore is too tiny to see and too tiny to image easily. These miniscule cavities, when created in synthetic materials, are incredibly powerful. Nanopores have the capacity to detect single-molecules, study single-reaction events, and be used for applications ranging from DNA sequencing to measuring the transfer of individual electrons. 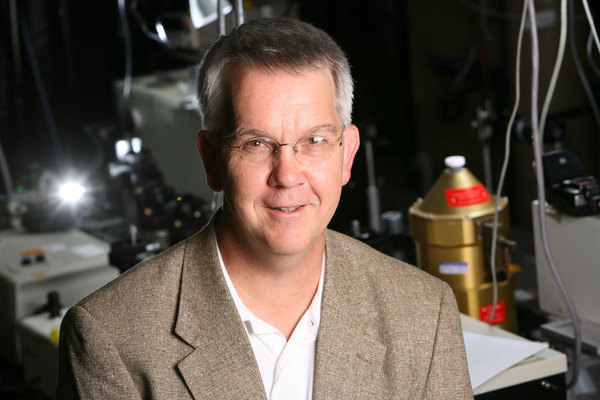 Though the fields of nanopore sensing and nanoscale electrochemistry have advanced during the past 30 years, challenges remain. One of Notre Dame’s research groups is among the earliest to investigate electron transfer reactions inside nanopores, and therefore was invited to share their insights in a perspective paper published in ACS Central Science.

“There are efforts to review nanopore sensing or nanoscale electrochemistry, but we believe ours is the first perspective paper about the combination of both,” Fu said.

In their article, Fu and Bohn review the technology enabling the scientific functionality of nanoelectrodes, which are conductors of electricity on such a small scale that they can be used to study proteins or smaller biomolecules. They can also be used in the fabrication of lab-on-a-chip devices for Advanced Diagnostics and Therapeutics.

Fu and Bohn also describe the fabrication of nanopore electrodes and their applications, while also touching on the imaging techniques – supported by state-of-art equipment at the Notre Dame Nanofabrication and Notre Dame Integrated Imaging Facilities – that make study of these tiny molecular processors possible. Additionally, Fu and Bohn describe challenges in the field, including the difficulty of controlling fabrication at the scale of a few atoms and making numerous measurements from the same sample simultaneously.

Though nanopore sensing and nanopore electrochemistry are valuable for biochemists and engineers, others are interested in the possibilities to explore the limits of molecular control—“the chance to define the chemical principles in nature,” Bohn said.

“A group of people around the world are interested in making the most exacting nanoscale measurements possible, and manipulating a single molecule or a single reaction pushes the limit of what it is possible to do,” he added.

Future work for the field includes expanding the repertoire of strategies to study single electron transfer events inside nanopores, as well as creating ways to amplify weak signals from few molecules for ultra-sensitive detection. Fu is planning to continue his work on nanoscale electrochemistry for next-generation sensors as a postdoctoral researcher at Stanford University.

Originally published by Deanna Csomo McCool at science.nd.edu on February 15, 2018.