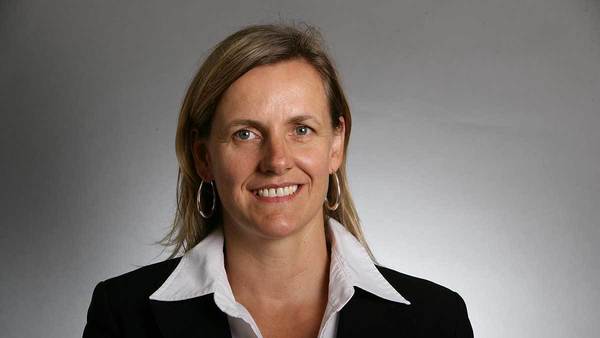 Mary Ann McDowell, associate professor of biological sciences and faculty of the Eck Institute for Global Health at the University of Notre Dame, has been named a 2019-20 Jefferson Science Fellow. The Jefferson Science Fellowship Program is designed to further build capacity for science, technology and engineering expertise with the U.S. Department of State and the U.S. Agency for International Development (USAID).

Jefferson Science Fellows spend one year at the State Department or USAID for an on-site assignment in Washington, D.C., that may involve extended stays at U.S. foreign embassies and missions.

McDowell is the Jefferson Science Fellow with the USAID Global Health Bureau malaria division within the Office of Infectious Disease. The office manages the Global Health Bureau’s activities and engagement in infectious diseases, including tuberculosis, neglected tropical diseases, malaria and emerging threats/pandemic preparedness and response. The malaria division works closely with the governments of malaria-endemic countries and engages with global partners to strengthen endemic country capacity to control malaria. The USAID malaria division leads the President’s Malaria Initiative, an interagency initiative that works with endemic countries in sub-Saharan Africa and the Greater Mekong Subregion in Asia to reduce malaria deaths and morbidity, with the long-term goal of elimination.

McDowell’s current research focuses on the biology of infectious diseases, with a focus on vector-borne pathogens. The conceptual framework of her research program integrates multiple layers of the disease process including immunology, host cell biology, pathogen diversity, insect vector biology, and drug and insecticide discovery, using both laboratory models and field-based studies. McDowell is the principal investigator of VectorBase, the web-accessible bioinformatics resource center that is the repository for the genomes of vectors of human disease, provides spatio-temporal visualizations of vector abundance data to the scientific community, and is supported by the Center for Research Computing at Notre Dame.

McDowell earned a B.S. and M.S. from the University of Nebraska-Lincoln studying parasite ecology and received her Ph.D. degree from the University of Wisconsin-Madison in medical microbiology and immunology. McDowell completed two postdoctoral fellowships, one at UW-Madison investigating the cell biology of African trypanosomes and one at the National Institutes of Health working on the immunobiology of Leishmania infections.

Originally published by Jessica Sieff at news.nd.edu on September 20, 2019.